The Great October Horse Fair at Ballinasloe and its associated festival lasts for about a week, this year running from Saturday 28th September to Sunday 6th October. The photographs below were taken on the first Sunday and final Saturday of the Festival, two of its busiest days.

I missed the show jumping on the first day of the Ballinasloe Fair as our team was fencing in the Épée Team Nationals in Galway. I fenced so poorly I think the team would have been better off if I had gone to the show jumping. 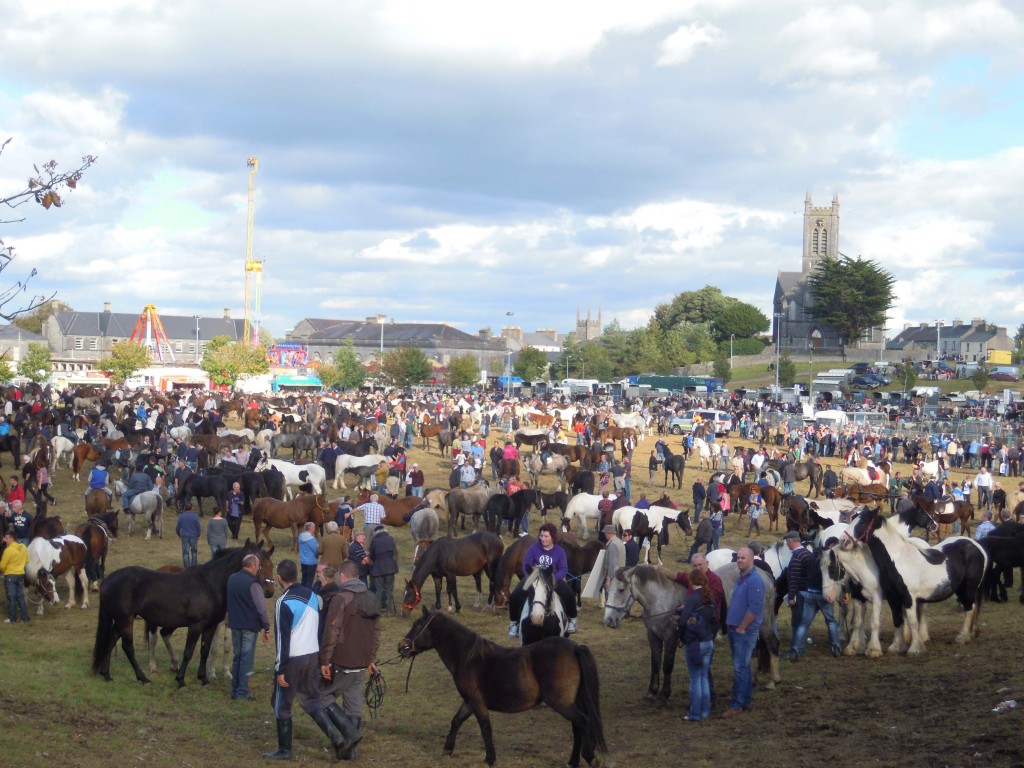 Much of the sale activity at the Great Fair is now centred on the Fair Green, a six acre green area located in the centre of the town but in earlier centuries it was held within the Garbally demesne lands of the le Poer Trench family who rose to prominence about Ballinasloe in the late seventeenth and early eighteenth century and who acquired the Earldom of Clancarty in the early years of the nineteenth. 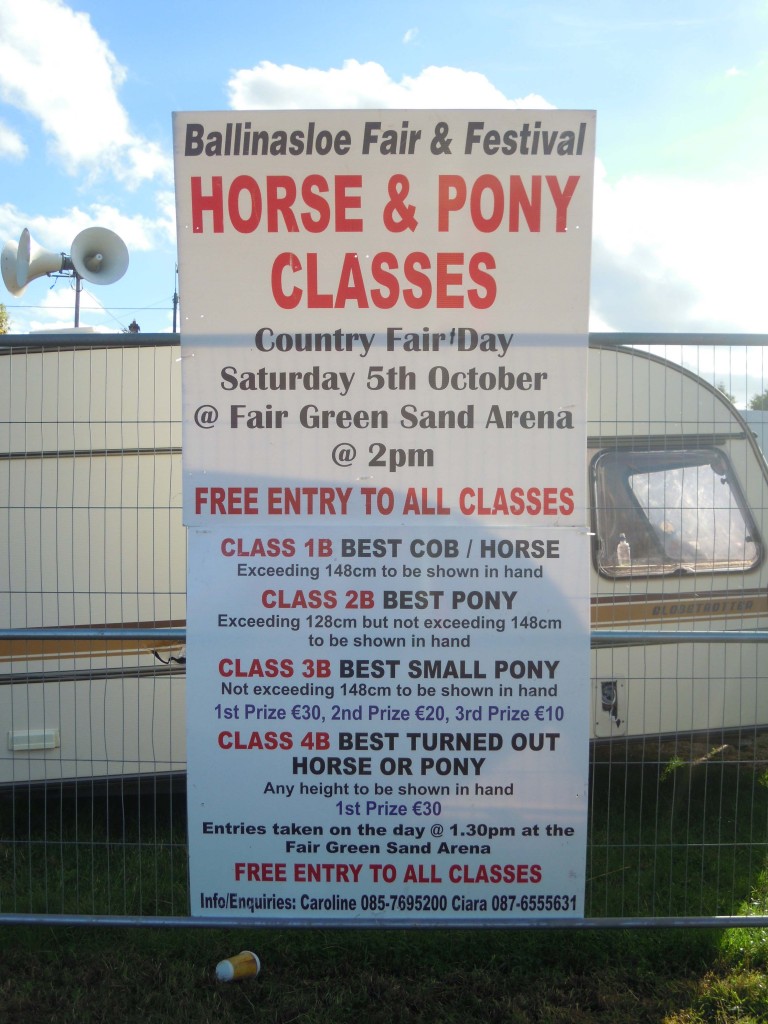 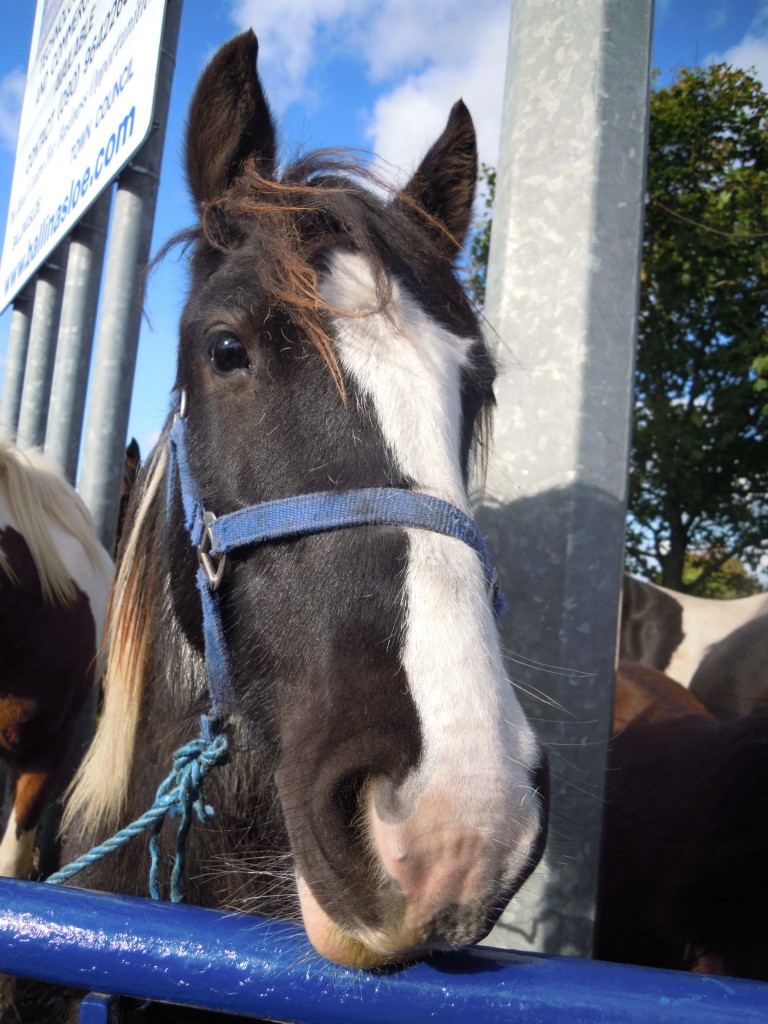 Billed as one of the oldest Horse Fairs in Europe, its origins are lost in time but it was in operation in the eighteenth century and had grown to such proportions that it was described by ‘The Times’ newspaper in the early decades of the nineteenth century as ‘the largest of its kind in Europe’ and ‘the greatest in the British Empire.’ 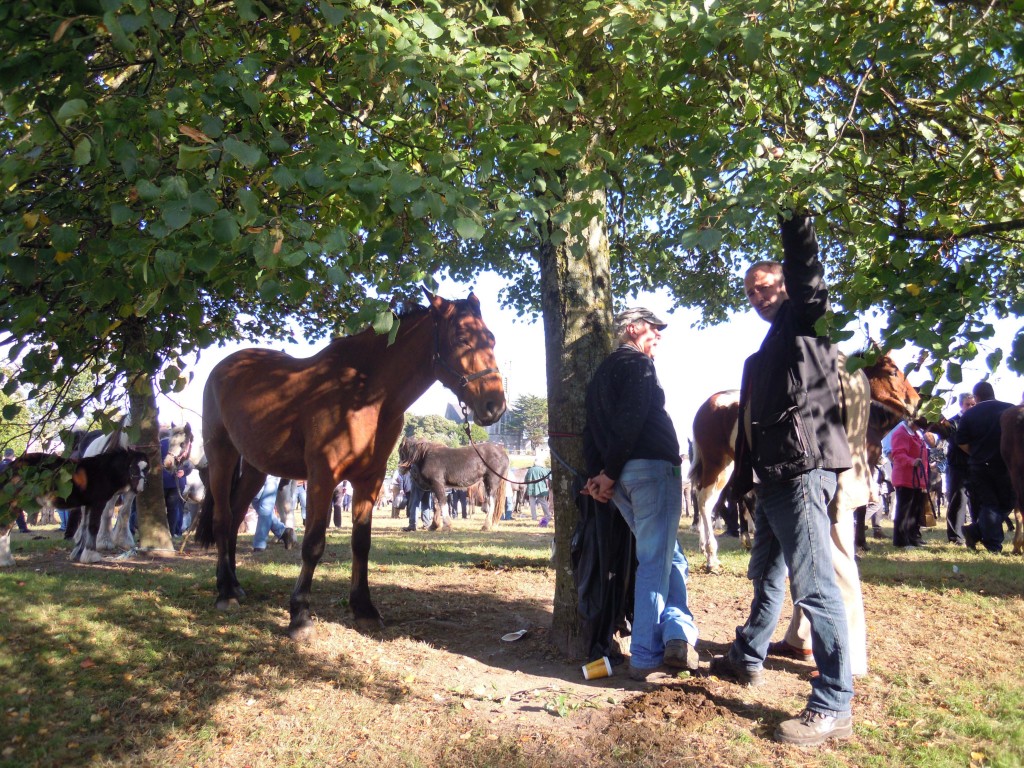 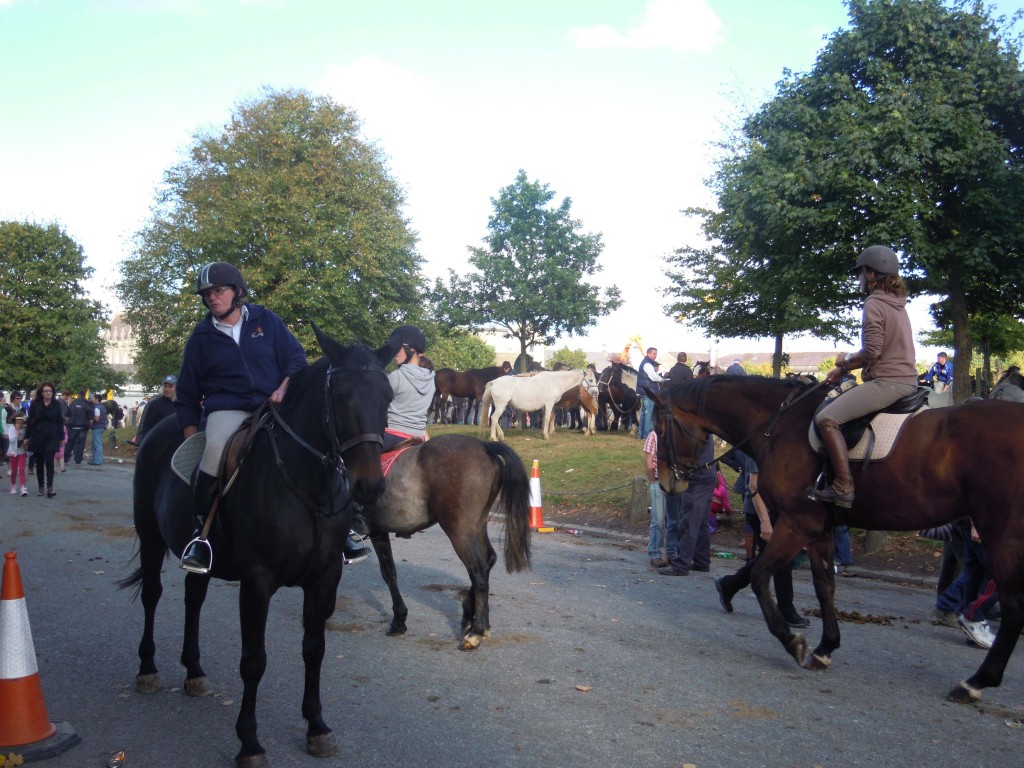 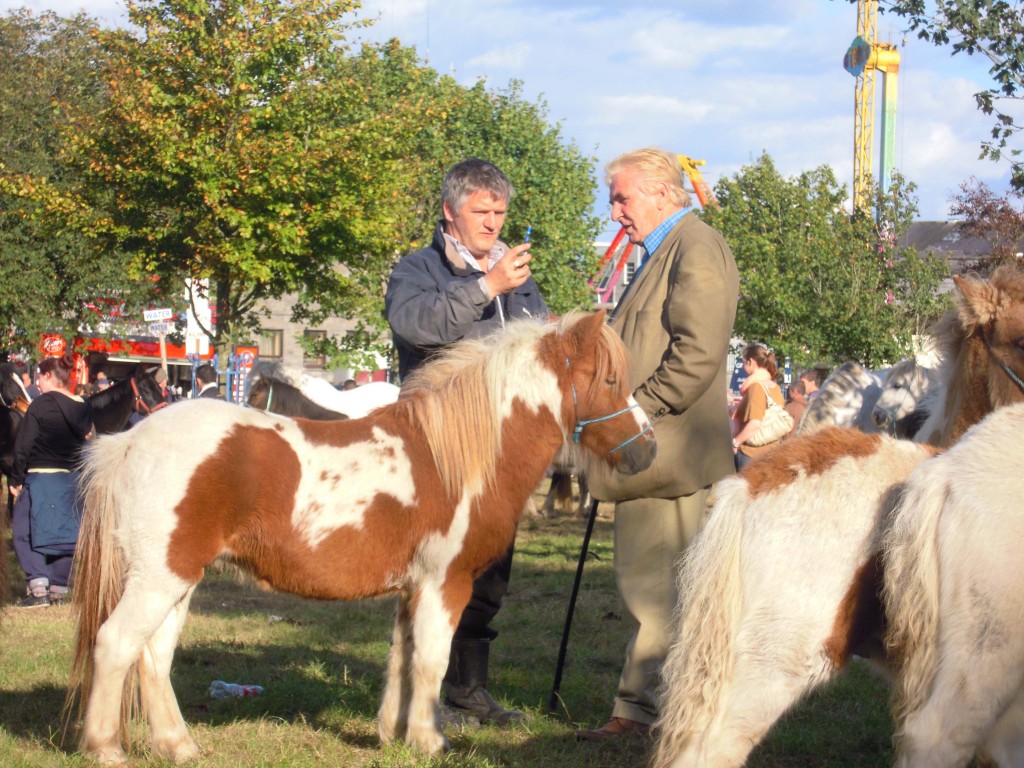 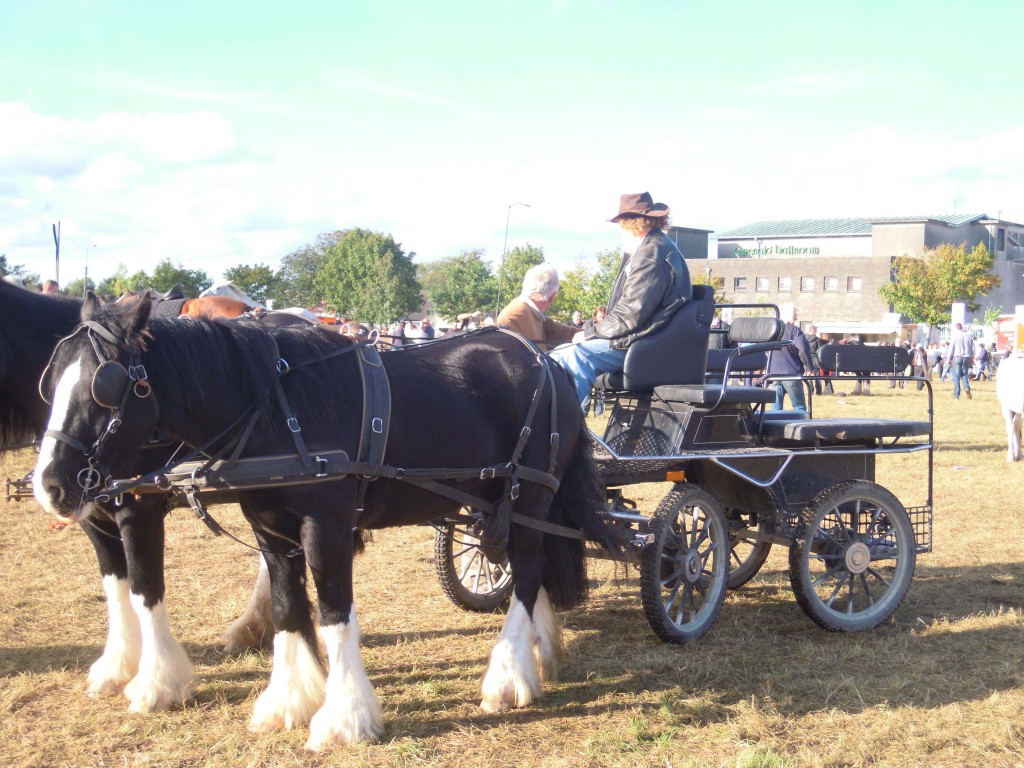 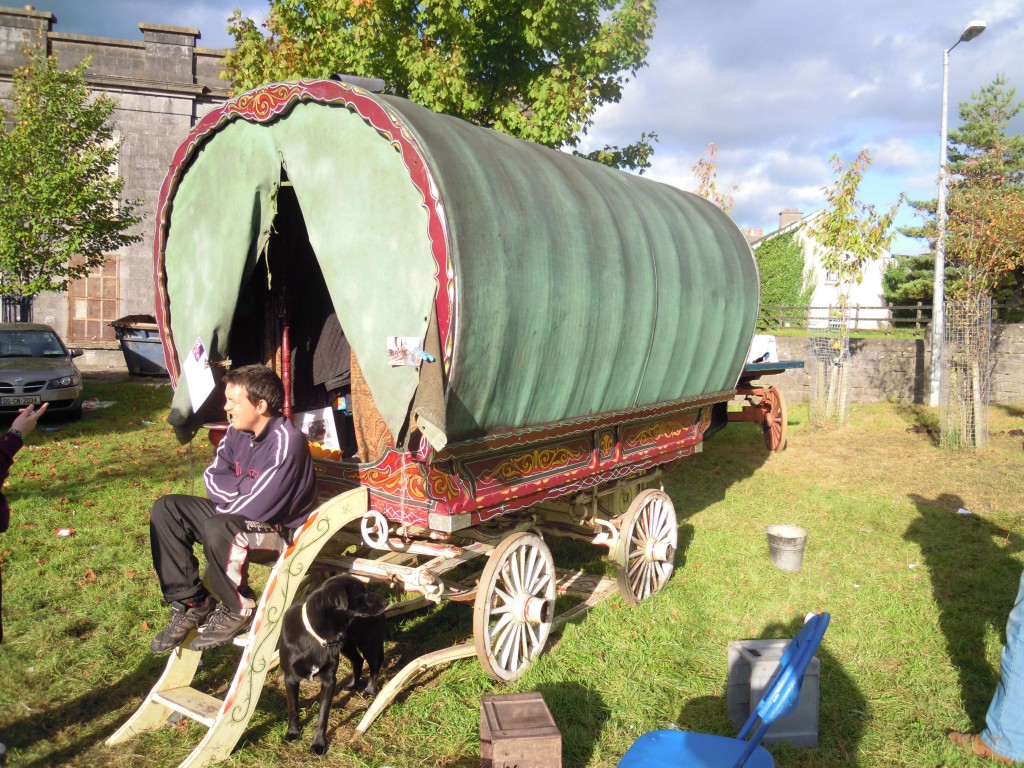 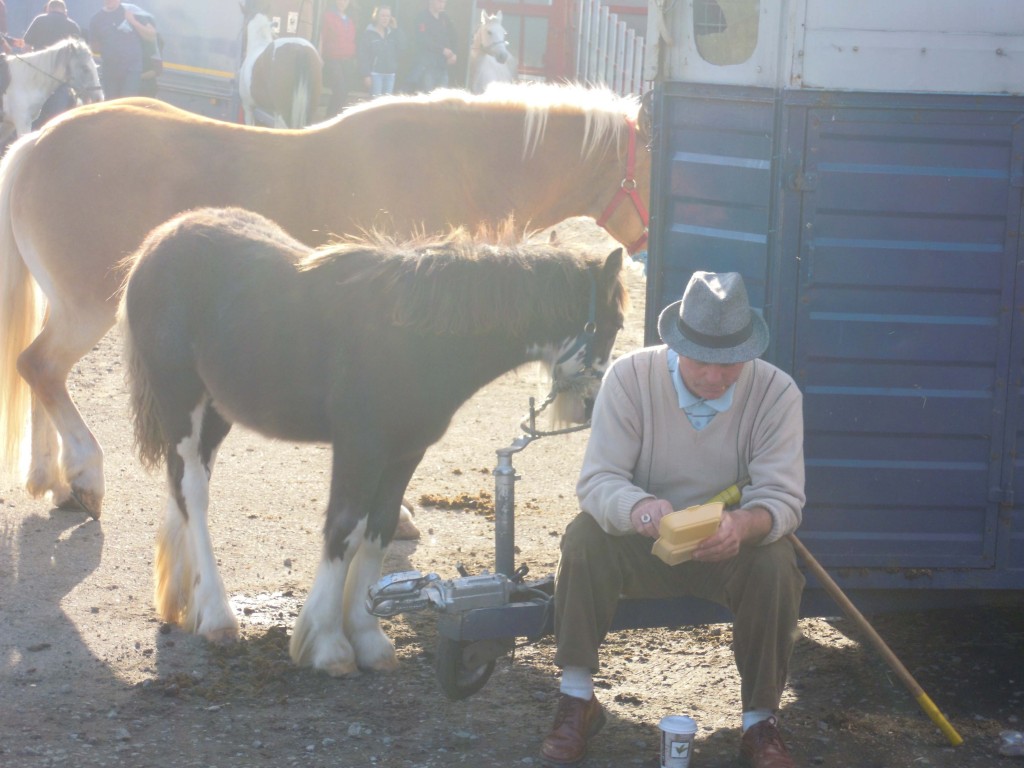 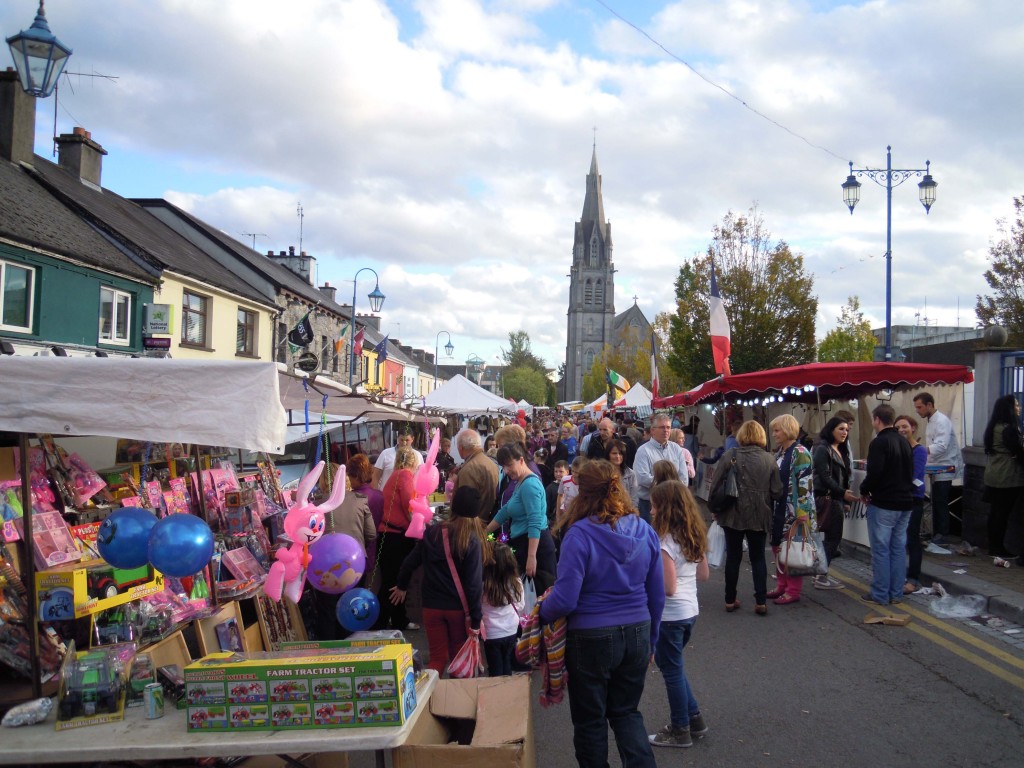 Traders in St. Michael’s Square on the last Saturday, known as ‘Country Fair Day,’ one of the busiest days of the Fair and Festival. In the background is St. Michael’s Church, initially designed by the architect James J. MacCarthy and re-designed by Augustus Welby Pugin in the mid nineteenth century. 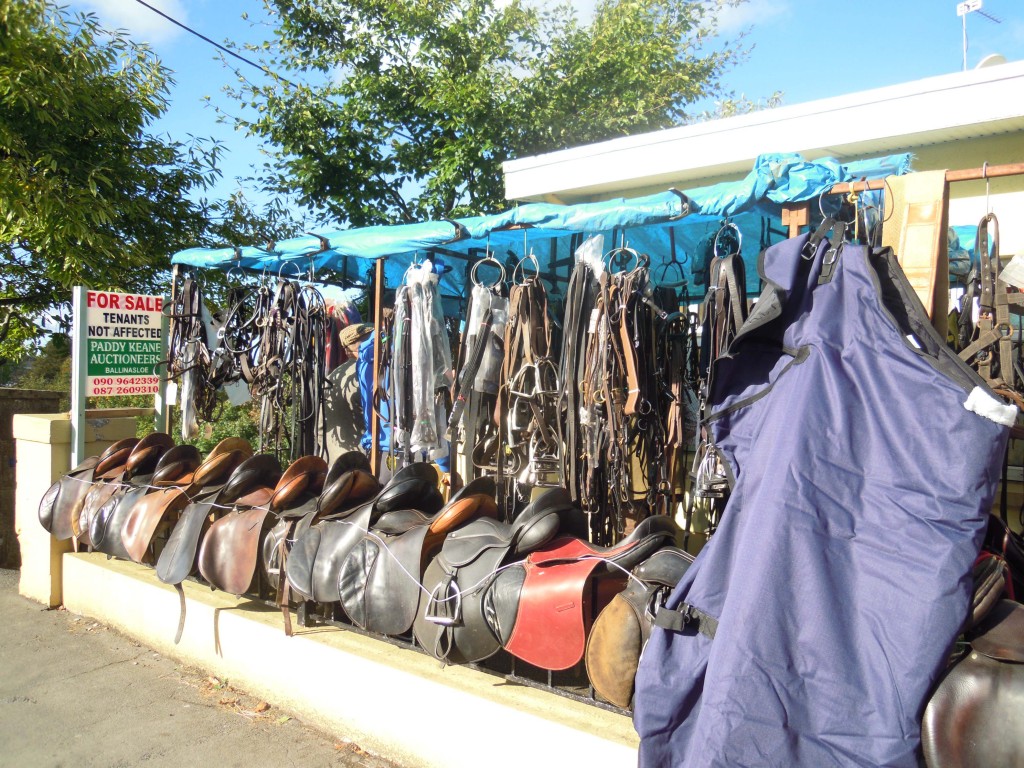 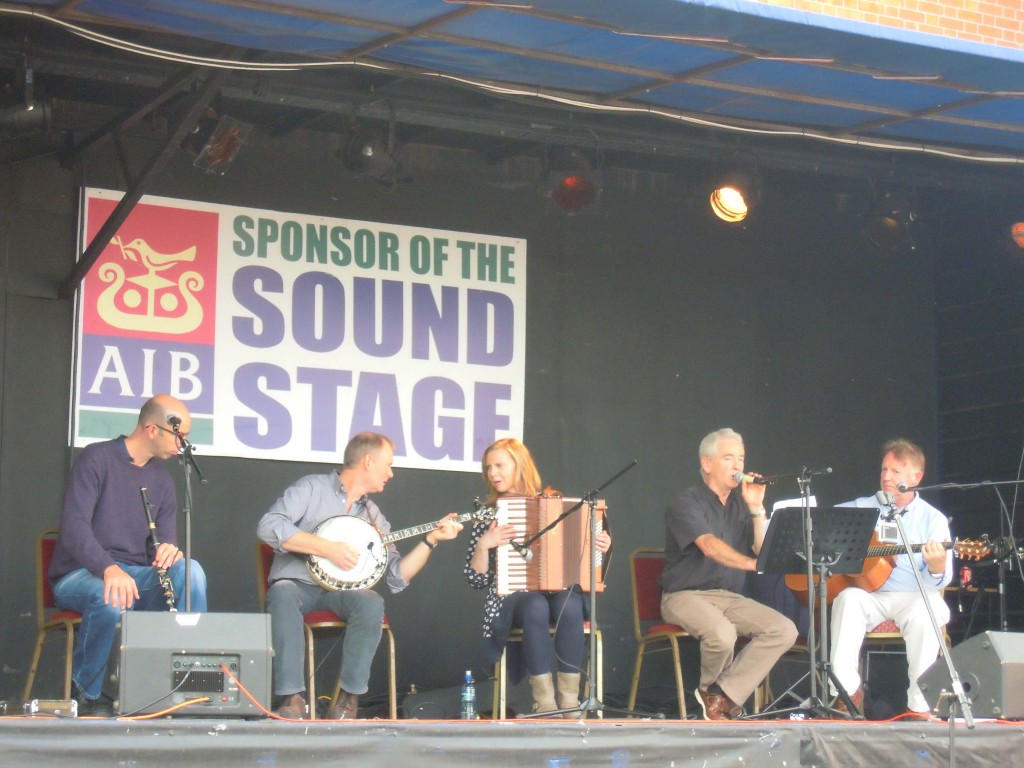 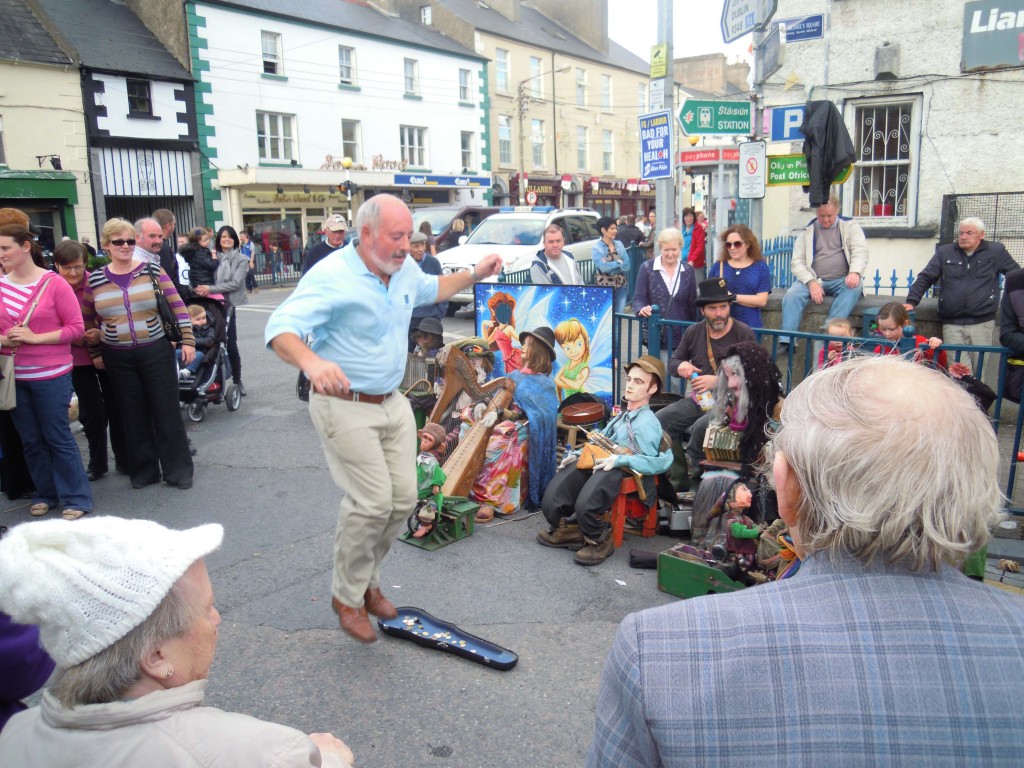 Of the stories associated with the Fair, perhaps the most repeated is that of Marengo, Napoleon’s favoured small grey Arab stallion, named from his victory in 1800 over the Austrian Empire and captured after his defeat in 1815 at Waterloo. Various but unsubstantiated accounts relate that Marengo was purchased by the French at the Great Fair of Ballinasloe.

Jill, Duchess of Hamilton wrote an interesting account of Napoleon’s horses about thirteen years ago, entitled ‘Marengo: the Myth of Napoleon’s horse,’ exploring the facts and fiction surrounding the Emperor’s relationship with his favourite horses.

A competent and an adventurous but ungraceful rider, one German aristocrat once contemptuously said of Napoleon I that he ‘rode like a butcher,’ his body swaying back and forth and side to side with the motion and speed of the horse. Napoleon kept about eighty saddle horses but favoured only about ten. A lack of clear references in the official Imperial records to a horse named ‘Marengo,’ Napoleon’s habit of applying nicknames to the proper names of his horses and his penchant for small grey Arabs combined to make it difficult to say much with any certainty about this horse, claimed as one its own by Ballinasloe.

Purchasing agents for many of the European armies attended at Ballinasloe to add to their stock of horses and it is difficult to state categorically whether Marengo was purchased here. A similar claim was made relating to at least one other fair in Ireland and a stone in a field in County Wexford is also supposed to commemorate the birth there of this horse. Others, including the British National Army Museum, believe it more likely that he was acquired by Napoleon in Egypt in 1799 as a six-year old horse rather than Ireland.

Whatever the truth regarding Ballinasloe and Napoleon’s horse, the horse known later as ‘Marengo’ was captured following the battle of Waterloo by William, 11th Baron Petre. He was later sold and unsuccessfully put to stud. On his death in 1831 the remaining parts of his skeleton, minus a hoof, was preserved and put on display before crowds as a celebrated curiosity in a well-lit glass case in the Waterloo Gallery at the National Army Museum in Chelsea where it may still be seen today.